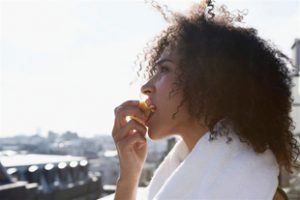 Weight-loss operations can be a third of the price overseas – but up to 10 per cent of patients go on to develop complications.

Leading British surgeons have warned against what they regard as a worrying trend of women going abroad for weight-loss surgery. Medical procedures such as gastric band operations have become an increasingly popular option in the UK: many people are keen to follow the lead of celebrities such as Fern Britton and Vanessa Feltz.

Thousands of British women are now being enticed to attend private clinics abroad because of the bargain prices they offer. In countries such as Syria, gastric bands are being fitted for as little as £2,000, compared to £6,500 or £7,000 in the UK.

Read more about why women have been warned against cut-price gastric surgery on www.independent.co.uk