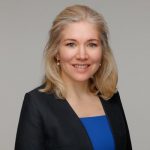 Miss Di Marco specialises in the treatment of patients with thyroid, parathyroid and adrenal diseases exclusively. She is a Consultant Endocrine & Thyroid Surgeon at Imperial College NHS Trust and and Honorary Senior Lecturer at Imperial College where she is the Lead for Anatomy & Diagnostics and for Final Year Surgery within the medical school.

Miss Di Marco qualified from the University of Cambridge and Guy's, King's & St. Thomas' School of medicine with Distinction in 2004. She undertook house jobs and basic surgical training in London and was awarded a coveted 'run-through' training post in General Surgery in 2006 followed by one of the UK's first Academic Clinical Fellow posts. This allowed her to combine research at Imperial College with clinical training during her Higher Surgical Training in North West London and lead to a PhD in surgical technology at Imperial, looking at the development of a device for luminal surgery.

She undertook specialist training in Endocrine Surgery at Chelsea & Westminster, the Hammersmith and as the T.S. Reeve Fellow at the Royal North Shore Hospital, Sydney, Australia. She was awarded the ASGBI Gold Medal for the best performance in the Intercollegiate Specialty Examination and became an Fellow of the Royal College of Surgeons (endocrine subspecialty) in 2016.

Miss Di Marco continues to have an active research interest, focusing particularly on surgical technology and the impact of endocrine surgical pathologies in women of reproductive age and has numerous publications.

Miss Di Marco is passionate about delivering high-quality care to her patients, submitting all outcomes to the UK's National Registry for Endocrine Surgery and using a strong multidisciplinary team to assist patients with benign and malignant disease treatment.

She was previously an accomplished athlete, representing Cambridge University Women's Boat Club in the Women's Boat Race twice (as club President in 2000) and then turning to triathlon and duathlon in which she represented GB as an age-group athlete. 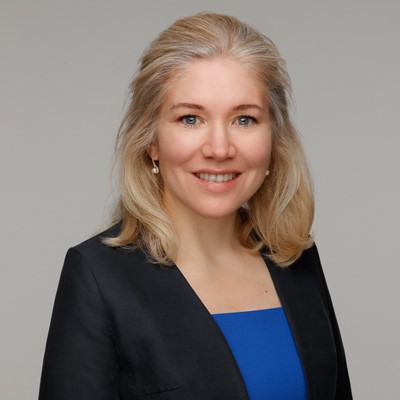