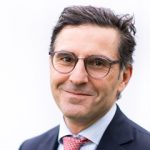 The Cromwell Hospital has the facilities and technology to permit the investigation and treatment of endocrine surgical patients in a safe multidisciplinary team environment.

The Cromwell Hospital has the facilities and technology to permit the investigation and treatment of endocrine surgical patients in a safe multidisciplinary team environment.

He is clinical lead consultant in endocrine surgery at Imperial College Healthcare NHS Trust, which has the largest endocrine surgical service in the UK. To 2019, Prof Palazzo has carried out in excess of 4000 endocrine operations including thyroidectomies, parathyroidectomies and adrenalectomies.

Prof Palazzo qualified in 1992 and trained initially as a general surgeon in West London and Essex, becoming a fellow of the Royal College of Surgeons of England in 1997. He then developed a specialist interest in endocrine surgery after spending two years as an endocrine surgical research fellow at St Bartholomew's Hospital in London. He then carried out specialist endocrine surgery training in Oxford, Sydney (Australia) and Marseille (France). He was added to the UK Specialist Register in 2004.

Prof Palazzo lectures undergraduates at Imperial College and postgraduates nationally and internationally. He has published extensively on all aspects of endocrine disease and surgery. He has been on the executive of the British Association of Endocrine & Thyroid Surgeons, UK delegate to the European Society of Endocrine Surgeons and is currently on the Council of the International Association of Endorcrine Surgeons. He has also been an advisor on the guidelines for the treatment of primary hyperparathyroidism for NICE.

Prof Palazzo is chairman of the Cromwell Hospital endocrine MDT. 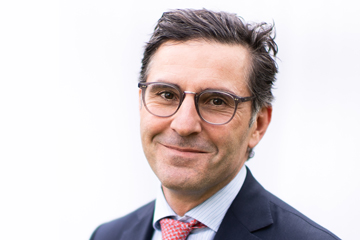