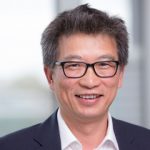 Professor Long R Jiao is a professor of surgery, chair and consultant in hepato- pancreatico -biliary surgery (HPB) at Hammersmith and Royal Marsden Hospitals of Imperial College London. He is the lead for Robotic hepatobiliary and pancreatic surgery at Royal Marsden Hospitals, having established the first Robotic HPB programme in the UK. He is the lead surgeon in HPB Surgery at Hammersmith and Royal Marsden Hospitals and an academic Professor at Imperial College. He is in charge of training as the regional training programme director in Northwest London for general surgery and an examiner for MRCS and FRCS. His basic science work is focused on MicroRNAs, circulating tumour cells (CTCs) and liver regeneration. For the first time he described CTCs residing in organs local to pancreatic or colon cancers, and identified 3 mRNAs to differentiate benign from premalignant pancreatic cystic tumours for early detection of pancreatic cancer. Furthermore, he has described a range of innovative surgical techniques performing a large number of laparoscopic and robotic liver and pancreatic resection including laparoscopic and robotic Whipple’s. He performed the 1st Robotic Whipple’s operation and 1st robotic synchronous resection in the UK.

In liver surgery, he introduced radiofrequency-assisted liver partition with portal vein ligation for staged liver resection (RALPP) to increase the number of patients for liver surgery who would otherwise considered not resectable by inducing liver hypertrophy preoperatively to avoid postoperative liver failure. He has successfully performed this robotically. In pancreatic surgery, he described longitudinal pancreaticojejunostomy following Whipple’s for pancreatic reconstruction, and laparoscopic Long’s sleeve pancreaticogastrostomy (LPG) for central pancreatectomy to preserve pancreas and spleen.

He has over 200 publications including high IF journals as the first or senior author in The Lancet Oncology, the Journal of Clinical Oncology, Gastroenterology and Annals of Surgery. 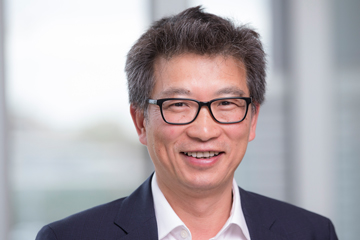