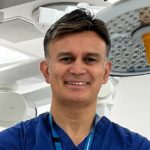 Mr Syed Tahir Hussain is a full time Consultant in General and Vascular Surgery, he was awarded Hunterian Professorship, Royal College of Surgeons, in 1996 for outstanding work in volumetric blood flow analysis of flow and bifurcation in the lower limb. Mr Hussain was appointed in 2000 as a Consultant General and Vascular Surgeon at Northwick Park Hospital (North West London NHS Trust) Harrow.
Mr Hussain was born in London and graduated from the University of London (St. George’s Hospital) and undertook his surgical training at a number of Centres including St. Bartholomew’s Hospital, London, Norfolk & Norwich Hospital, Northern General Hospital, Sheffield and undertook his higher surgical training at the John Radcliffe Hospital in Oxford. He obtained a two year higher surgical degree at St.Bartholomew's Hospital in blood flow of the lower limb. He is also heavily involved in education and has been a tutor at the Royal College of Surgeons for the past 10 years where he organises courses for junior doctors who are aiming to be the surgeons of the future. He has run many courses in vascular surgery and teaches on endovenous aneurysm.
He manages all aspects of vascular surgery which include arterial and venous disease. He is an expert in all the minimally invasive procedures including local anaesthetic laser vein and thermal vein ablation for varicose veins. He is an expert in injection sclerotherapy for thread veins and other aspects of venous disease. He also treats all aspects of venous disease including aortic aneurysm, peripheral vascular disease and carotid disease for the prevention of stroke. He also undertakes all types of hernia repair.
He is recognised by all the major insurance companies. 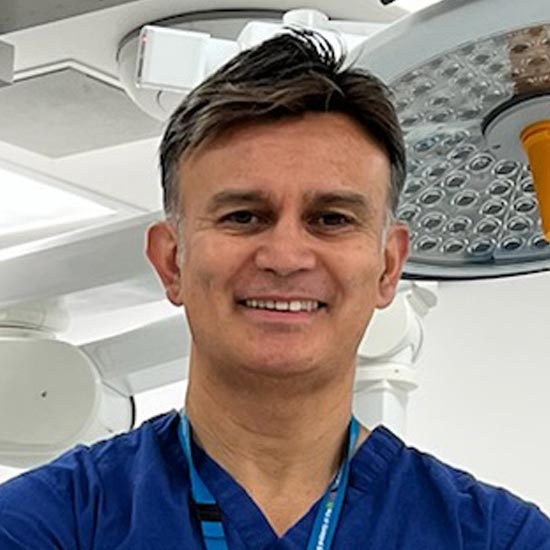