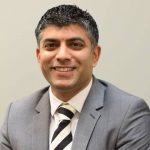 All general medical issues with special interests in diabetes and sexual health.

Dr Ricky graduated from University College London Medical School in 2004. He has a wide range of specialist clinical experience including paediatrics, emergency medicine, gynaecology and ENT. He was awarded membership of the Royal College of General Practitioners in 2010. Dr Ricky can treat the full breadth of conditions seen in general practice. He has experience in delivering care in both the public and private sector and has worked in the Harley Street area. Within the NHS, he was a GP Partner and has now transitioned to focus on delivering excellent private practice in the City of London. Outside of clinical work, he was the Principal Clinical Lead in his borough and a Clinical Director for an NHS Trust. Dr Ricky’s great communication skills have earned him a place as a media medic. He has made a number of radio and television appearances including BBC News, Radio 5 Live and City Hospital. He also hosted ‘One Click Clinic’, the online health channel featured on YouTube.